Before the session, I had cleansed the crystals for use, and let them bathe in the sun and moonlight. I also spent some time in meditation with the crystals, connecting with their purpose and infusing them with reiki healing energy to work in combination with their own individual purposes. I asked them to let me know which particular ones to use with the client when she came for the session. I also asked the angels to guide me and help me tell the client what she needed to hear.

When my client came in for her session, she filled out the treatment card and explained that she was feeling stressed out. She spoke very quickly and seemed to have a nervous, anxious energy. She explained that she had to be somewhere at 3:30 so she needed to cut the session a little short. I told her that was fine, and I asked what she wanted to accomplish during this session. She said that she felt annoyed with everyone and had no patience lately. She was “drained.” I felt the heaviness as she spoke and I knew immediately that she needed a clearing. I explained that we would do a quick clearing in this session, and she could follow up with another session when she had more time. She agreed.

I briefly explained how the session would work, so she could get comfortable and know what to expect. I asked her if she would be okay putting her phone with mine in the kitchen so the magnetic fields would not disrupt the session. She agreed happily and said she knew one day her phone would kill her, and started laughing. She explained that she always has her phone with her, and at night, she sleeps with it by her night-stand, playing “sleeping sound music.” We spoke for a few minutes about the impacts that these devices (along with television sets and other electronics) have on us. I asked her to remove her jewellery and place in her purse for safe keeping until the end of the session. I gave her a small cloth bag that I had lying around which I received when I bought my latest supply of crystals. This was so she wouldn't lose her jewellery in her large purse. Once she was ready for her treatment, I asked her to lie down comfortably. When she was ready, I asked her just breathe in and out normally so that she can relax.

I began by doing a brief prayer thanking God, all of the angels, Ascended Masters, spirit guides and all benevolent beings who assist us.  I asked them to guide this session for my clients highest good and the highest good of all creation. I asked Archangel Michael to assist in the clearing and cleansing of the space and of  client. I also asked to be protected during this healing treatment. I took a moment to ground myself and centre myself. I knew there wasn't much time for the session, so I used the pendulum to help me gauge the state of her chakras quickly. I had a feeling she was a little doubtful so I knew the pendulum would help ease her anxiety. She watched as I did this, and I explained as I saw each one. Her throat chakra and heart chakra were very clogged. It barely moved the pendulum. The other chakras were more open in comparison. 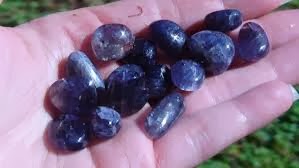 I went to my table and selected the crystals I would use, and I placed all 6 quartz crystals in the six pointed star layout around Karen.  Although, I intuitively felt I needed to give her a pink tourmaline crystal to place in her heart chakra. So, I did this and at one point in the session she placed her hands over her heart clasping the crystal. I walked around my client using my generator crystal and created the auric seal before running my generator over the crystals five more times. After I finished, I laid the generator on the small table next to me. I noticed client was softly crying. I asked archangel Raphael, Chamuel and Michael to surround her and comfort, heal, and protect her. I could feel them surrounding her, and it felt like they were lifting the pain. I felt the reiki begin to flow from my hands, so I did the symbols and asked for the reiki energy to go where it needed to go for her highest good. I kneeled near her with my arms extended outwards, allowing the energy to create a huge ball of healing surrounding her and the star. I was focused yet remaining conscious of the time because I knew the session could not run over the allotted time schedule we agreed on. So, I asked the angels to continue working with her, and for this big beautiful ball to surround her with continuous healing. I got the feeling that she needed to “purge” out the feelings and pain, and that she still had a lot of work to do after this session was complete. (I later reminded her that this might happen, so to be loving and understand with herself.) Once I finished, I asked her to come back to herself and open her eyes when she felt ready. When she sat up, I finished the session with a closing prayer thanking all of the beings that helped us. Client wiped away her tears, and I asked how she felt. She said she felt like she “needed that” and laughed. She said she felt much better.

Next, I did a post-session chakra reading with pendulum and each of the chakras had a significant improvement.  We laughed together at her excitement. I offered client crystal water and explained what the difference was between crystal water and regular water. She was very excited to try it, so I served her a cup of the crystal water. She took her first sip and nodded, saying “not bad.” After she drank it, she said she wanted to compare it to “regular water” so I laughed and gave her a cup of regular water, and asked her if she noticed any difference. She said she liked the crystal one better, but it could have been because she knew it would be better for her. We both laughed, and I asked her how she felt. She said she felt relaxed and refreshed. I smiled at the word “refreshed” thinking to myself that it must be the crystal water. She said she liked the pendulum use because it proved to her that the treatment was working. 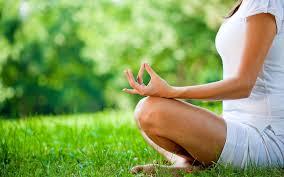 I felt I needed to ask if she had ever tried to meditate. She said she did but that it was too hard to “stop” her thoughts or if she did then she would fall asleep. I suggested trying other guided meditations even from “youtube” so she can get used to the act of meditating since it made her feel so good. She said that’s a great idea and that she would try it at home. I also suggested that she try meditating in a seated position at home so that she wouldn't fall asleep.

I gave her a brief explanation of what I observed during the session and which chakras seemed to be giving her more trouble. She got teary eyed when I mentioned the throat and heart chakra, and she said she does have trouble expressing herself with her family and feels like she needs to always lead a “double life” so she doesn’t upset others. I told her I understood completely. I gave her some words of encouragement for her to live with integrity and suggested that she try using some affirmations in her daily routine. I also suggested she look into purchasing lapis lazuli crystal necklace so she can wear, or for her to use a rose quartz necklace, which will help her as well. I gave her a brief explanation of how the crystals will help and suggested a few places where she can purchase crystals at an affordable price. I asked her how she felt about the crystals, and if she noticed any sensations during the session. She said she felt some tingling in her legs and arms. I pointed out that she held the pink tourmaline in her hands at a certain point and asked if she recalled this. She said it felt like it was an instinct to clutch it to her heart. I reminded her she could use some crystals during her guided meditations at home. The session itself took about 20 minutes. And the other 20 or so minutes was more about rapport building, explaining and feedback.

I suggested that she return when she feels ready and has the time for a longer session where we can work a little longer on balancing her chakras and expanding her spiritual awareness. She scheduled a session with me for next week.

This is an example of a case study taken by one of our students whom you can see has a natural empathetic nature and has combined both crystal and reiki together to offer a powerful healing session. We have a number of case study articles that can be found on our blog page which covers case studies in not only crystals, but a wide selection of holistic training therapies.
Posted by Unknown at 04:41 No comments: